It’s a role she didn’t want…

One deadly week has passed since seventeen year old Allison Delaney realized she must save Earth from the parasitic race of Ma’tiok. But the task is even more complicated than Allison feared, and she’s being set up to fail. Blamed for a fatal blow to the Alliance Fleet that killed dozens of soldiers, Allison must face judgment for their deaths. The High Priestess Kiobaan is Allison’s only hope. Kiobaan sees the warrior spirit in Allison, along with her potential both politically and physically and agrees to train her.

And a game she can’t afford to lose.

Meanwhile, though Allison is the human host of Eenoki, protector of life, she’s not yet ready to harness their combined energy. Their bond is unpredictable at best—volatile at worst. Time is running out for Eenoki and Allison to trust each other—all or nothing—or she’ll never gain the power she needs to defeat the Ma'tiok and save Earth. When Allison is marked for death by an unknown enemy, the High Priestess Kiobaan must step-up and fight. But in return Kiobaan extracts a pledge from Allison, one that will compromise her new status and make her a target.

FATE OF THE STARS AVAILABLE IN PRINT & EBOOK! 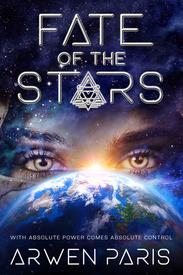 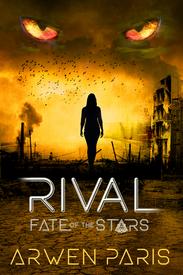 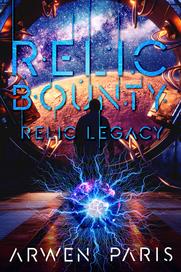 When the fate of the world rests upon you…

Allison Delaney wants to spend her senior year healing from the loss of her father, to leave the shadows of his death and her junior year break-down behind. A Labor Day beach party seems like a good place to start…but there’s more danger lurking than anyone could imagine. Death is coming to Earth if the pods of infectious creatures aren’t stopped. But only one human can help…

To live or die is no longer a choice.

Eenoki is a protector of life but must have a sentient host to fight the invasion. A teenage girl would not be the best choice, but out of desperation Eenoki invades Allison’s mind and body, granting her unnatural abilities and strengths – and helping her escape certain death when the first wave of pods land. As destruction rains down on Earth’s population, Allison realizes to save everyone, she must make the ultimate choice: Reject her human side and bond with Eenoki to become the Earth’s Priestess – or be killed along with the rest of humanity.

Kill the courier, retrieve the relic, collect the money.

Bounty hunter Janis Torzen finally has a chance to free himself from his indentured servitude to the mob. The brutal weather on planet Urrak is as unforgiving as the mob boss Janis works for, so of course a sudden sandstorm upsets his best laid plans. To make things worse, the courier, Everell, turns out to be a beautiful, smart-mouthed archeologist who has her own plans for the money. Unfortunately, powerful people will kill to possess the relic... (continue reading)